Skip to content
Posted on September 6, 2017September 26, 2017 by Daniel Brace - Musician, communicator, writer. All views my own.

The World Premiere of S_T_I_G_M_A on 27 September is the next exciting installation from the Victorian artistic establishment’s contribution to the conversation about HIV. Following on from James Welsby’s impactful work ‘HEX: a gen Y interpretation of the AIDS crisis’ and Phillip Adams ‘Live With It: We all have HIV’, both dance/theatre works dating from 2014-. Here we are now in 2017 with a major offering from Devize Co. choreographer and director, Darren Vizer: S_T_I_G_M_A which takes a fresh look at HIV related stigma. 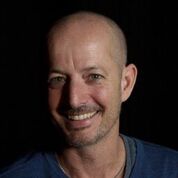 Entering the rehearsal space is a great experience in itself. Two of the three performers, Laura Jane Turner (LJ) and Daniel Last, and director Darren Vizer are focused on the process of turning movements into cohesive and fluid narratives, relating and relatable to stories of human experience and emotion, and they are deeply focused on work. It’s all a bit overwhelming, so my gaze rests on the immediate, the workbench-like table with its brightly coloured coffee cups, open notebooks full of instructions, a couple of iPhones and a lonely, stretched and clean condom, out of its packet, stranded on the bench like a fish out of water. That makes me smile.

Making dance is definitely a complex process. It’s a confluence of all the physical elements, bodies, muscles, sienue, music, lighting; along with the ephemeral, emotions and imagined happenings, past/present + future pictures. Darren started his process by engaging directly with individuals and recording their experiences in text. Curated excerpts from the text are then worked into a kind of ‘script’ which then is used by the performers to bring to life and weave words into physical form. Referred to as ‘the process’ by the team, it seems to me very personal and bonding performers to individuals whose stories are being relayed. S_T_I_G_M_A is focusing on exploring the emotional world of the lived experience of stigma through the eyes of people living with HIV.

“Don’t be drawn down to the literal-ism of it all. Be made free by the emotion in these words. Explore your face and hair. Take it to the edge of the space. And then see what you have to play with,” encourages Director, Darren Vizer.

You can a sneak preview of LJ in rehearsal from the day I visited via La Mama’s Facebook page here.

Another beautiful image from official photos of rehearsals of S_T_I_G_M_A.

Melbourne seems to have been a centre for the exploration and artistic response to HIV and AIDS related issues, prior to AIDS 2014 there were artists dedicated to telling stories which included HIV and AIDS diagnoses and experiences that were a core part of the work. This included Darren’s earlier autobiographical work ‘No one loves me’ also produced with La Mama Theatre in 2013.

Darren is passionate about the impact of HIV stigma on every living thought and action of people who survived AIDS or initial HIV infection and have gone on to live with HIV. S_T_I_G_M_A is his contribution to heightening awareness about this issue across generations and differences. The explores the experiences of three diverse characters: a gay man, a heterosexual identifying man and a woman, all living with HIV.

“This work is about telling the stories of individuals brave enough to share what living with stigma is like. It’s not always as obvious or overt as you think. Often it’s internalised, unseen by others and creates mountains of self-doubt and loathing for something that lives with us and in us. It feeds into the negative cycles which are fed by society and it’s only through telling these stories that we are free ourselves of some of this internal stigma,” explains Darren.

Women experience a whole another when it comes to how they perceive HIV relating to the body. Blood takes on a new meaning and the cycles relating to conception and childbearing can suddenly be unwelcome and devastating reminders of the presence of an unwanted and unwelcome viral intruder. There is a big focus in Darren’s work on the experience of women and this helps to broaden the palette of expression, according to the performers who themselves bring a range of experiences and very personal narratives onto the stage. 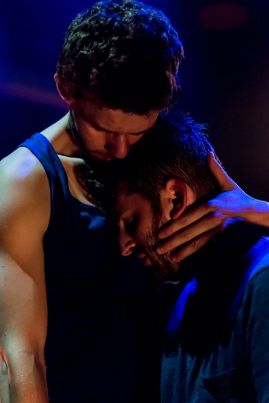 “The act of being vulnerable with another man was confronting. When I accepted the role, I flagged this with Darren. It would be a first for me. Now I am glad I did it. It’s my part of breaking down some of the stigma I was applying to two men making love. Where there is fear and the unknown, it’s easy for stigma to influence us,” says performer Daniel (pictured left with co-performer Alex Duncan).

Darren has curated the work to pay special attention to the narrative of women living with HIV and those men who are not fully or partly gay identifying. You can feel how these stories are bursting to be told, having been neglected by the mainstream narrative about HIV.

Still, to me I wonder what it is that drives these skilled artists to want to focus on something most people wouldn’t think very much about: HIV related stigma. And yet Daniel and LJ are committed to the understanding and exploring the more painful side of HIV, the after-effects of when the prevention message doesn’t reach its target.

Very interesting to me, as a person with lived experience of stigma, is to reflect on the context of the work right now. It seems incredibly topical given the experiences of a range of individuals coming into contact with another side of HIV stigma, that encountered by those disclosing to be on PrEP, medication for the prevention of HIV infection. 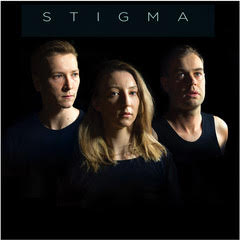 I feel that PrEP’ers might be a whole new audience for this work, who are more and more acutely aware of the peril of bringing up… ‘you know, favourite opera: AIDA”, ‘that one’s radioactive,’ and its many varied responses.

“There’s a lot to take in here. Give me a few days to process,” says LJ, after discussing performance notes with Darren. Phew, I think to myself, how true. If you’re passionate about fighting stigma, the best thing you could do today is buy a ticket and support these amazing people in this important work.