Talanoa means getting together, talking, exchanging material gifts and gifts of the mind. Last week there was a lot of Talanoa. With groups, colleagues, new friends and with nature. Professionally, it was a milestone week with a heap of action packed into every day. But firstly…

To darling Basti: I’m so relieved that you are safe in London and escaped unharmed. I hope very much to see you again in your trademark skimpy bathers.

Here in the Pacific, the week started off on a whole new adventure and a meeting a new group of people called ePOP’ers. ePOP stands for e-Participatory Observer Project and it is also the subject for a whole project that Kate and I are working on. Complete with its own website. More of that to come later… firstly a pic of my new ePOP colleagues. Some of them anyway, Telster and Monique were busy with exams, and not sure about Koiro or Chris, but most of the group are here pictured with Professor Thaman.

Professor Thaman, whose poetry finished my last blog was so lovely to put up with all the fuss and sign a good many books for us all. Most of the group knew her as they studied her at school. Pictured above from L-R are Nam, Neelam, Paul, Kate, Harrison and Guilhem. Guilhem is a sketcher and as you will see in my final blog, has sketched us all in profile. Just before this shot I had returned to the class a little late as was chatting with Professor Thaman and getting books signed etc. Someone asked where I had been and the whole group wanted to meet her. Talk about the rock star treatment! Very happy to see poetry alive and well in the Pacific.

While I won’t dwell on the ePOP project, except to say there will be a short 3 min video that will come out of it – here are a few photographs of the class.

What a privilege to have Max Bale teaching and inspiring us – he is the one gesticulating wildly above! Max is the Head of RFI Planète Radio and a community radio guru. He has started stations all over the world, mostly working in French-speaking Africa. Very famous for adapting wind-turbine technology to local conditions to generate power for the radio stations. Pictured below is Max’s creation to keep the radio broadcasting. 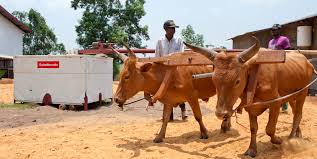 We are also working with a very talented journalist and researcher from New Caledonia, Matt and Mina respectively. The project is about collecting news at the source and connecting it with broadcasters. We hope to help the Pacific bring the climate change situation closer to those with power in the lead-up to COP23. A worthy project.

On the 1st of June it was my little sister, and eldest of her mob, Gabby’s birthday. Pictured here on the left is a lovely artwork of Gabby which Damien Hinds created as part of the public programs of St. Mark’s for Climarte Festival. On the right is Gabby from a couple of years ago. Maybe even last year. My, how you have grown. Lots of Love from your Kuya.

Monday evening was a very interesting engagement by the Parliament of Fiji. A public discussion, or Talenoa, around the issue of young people. The discussion raised a few eyebrows and there was a healthy amount of open discussion about issues for young people. Ro Teimumu Vuikaba Kepa who’s title is as long as her name, Na Gone Marama Bale Na Roko Tui Dreketi, spoke several times and held command of the floor. A senior figure in politics, she did not shy away from several contentious issues. The event was televised and I met several people in my travels who watched it. It is good to know that many Fijians cares about young people and making sure they are included in discourse. There were at least two members of parliament who appeared to be younger than me. No jokes about my age, please.

The treat of the week was heading off to Lavuka, the old capital of Fiji on the island of Ovalau. Not too far from Fiji it really was a great to stay on Bobo’s farm, with Bobo and Karin and Lena. It was Lena’s 30th birthday which made it a very special treat. It was also a huge rugby match with young men half my age and twice my size very excited to get to the island to play. Kate and I bumped into a joka (“cool”) guy called Ryan from Toronto who had taught on the island and was going back for the rugby and to see his former students. Many of whom would no doubt be bigger than him. Here we are on the bus.

Bobo’s eco-lodge was in the hills and surrounded by pristine rivers, waterfalls and greenery. The beaches were sparkling and the water clear. This was true Fiji. Karin, originally from Germany, cooked better than any restaurant in Suva and the cottage was simple and comfortable. A hot tea with Fiji’s caramel sugar watching an episode of House of Cards was comfort indeed after a day of swimming, paddling, wonderful food and local traditional knowledge from half of our host-couple, Bobo himself, and of course filming for our short 3 min clip.

Getting up at 4 am this morning  wasn’t so wonderful but at least this time we went the right away around the island to the ferry, taking 15 mins instead of 90!  I was delighted when my dear friend Phillip sent me recording of him playing a famous Fijian good-bye song on his harmonica. I would love to share it but unfortunately technology won’t allow it. So how about I leave you with a picture of yesterday’s dusk and some of the words from the song:

Now so swiftly those happy hours are fleeting.
Over the ocean your island home is calling
Happy country where roses bloom and splendor,
Oh if I could but journey there beside you
Then forever my heart would sing in rapture.